Spring has certainly sprung in Stockholm! The photo was taken a couple of days ago at 10pm, and earlier this week I was woken up by daylight at 3am. I'm now making use of both blinds and curtains to block the light out.
Of course I remember similar things happening during the summer in Turku, but I don't remember it being quite so dramatic. Someone mentioned to me that Turku is on the edge of another time zone, I'm not sure if that makes any difference. I remember last summer when I visited Stockholm seeing the sun rise at 3am, and next week will be a year since that trip, so maybe I shouldn't be quite so astounded by it. But when I was here in September the daylight hours were shorter, and now I've seen the transition from winter when it was very dark for most of the day.
Unfortunately the change in light levels has disturbed my sleeping patterns a bit, and other people have also mentioned having trouble sleeping this week. Thankfully I now seem to be getting back to normal.
Due to the arrival of spring I've noticed more and more how the wildlife in Stockholm seems completely unfazed by the presence of humans. It's so normal to walk straight past small birds, getting very close to them, and they don't even seem to notice. In the winter I saw the occasional wild rabbit running around, but recently I've been seeing a lot, and although they are slightly more nervous than birds they also seem quite undisturbed by the presence of humans. In fact, I went to the park last Sunday with some friends for a drawing session, and there were quite a few rabbits running around. It was a beautiful warm day so the park was quite busy, but they were running around past groups of people with no care at all. I also saw a very sweet little boy chasing after a rabbit for quite some time - the rabbit could run much faster than he could.
This is quite alien to me as I'm used to being in London - I've seen a much bigger variety of birds here, and the rabbits are certainly new for me. In London you get the odd fox, and sometimes the soul destroying sound of foxes having sex, but that's pretty much it. I think the rabbits are nicer than the foxes anyway.

A Stray in Stockholm 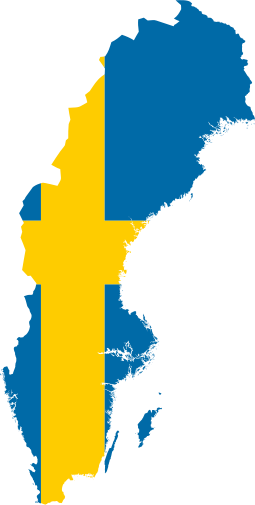